Today’s POP RESCUE from a fate uncertain is the 2001 David Hasselhoff retrospective album The Very Best Of. Is this album the Best, or will you be Looking For Freedom? Read on…

No-one who has been alive since at least the start of the 1980s can honestly say that they’ve never heard of David Hasselhoff, or ‘The Hoff’ as he’s become equally as famous as. The Knightrider and Baywatch series secured that position.

However, musically, the UK has been quite dismissive of him (aside from his 2006 #3 hit Jump In My Car), whilst in other countries he has had much greater success.

This 2001 retrospective appears to have originally been an Australian release, but made it to the BMG/Camden Originals labels at some point.

There’s 16 tracks here, and most of you are probably wondering how this has come to be. But you see, David Hasselhoff has been busy. His career through Europe has given him a lot of exposure during the decades – from singing Looking For Freedom on top of the tumbling Berlin Wall, to co-starring in films, and performing at Disneyland.

I didn’t know any of these songs when I bought the compilation, but I can honestly say, they are damn catchy. Okay, so musically they’re a bit trapped in the 1980s, and David has co-written only two of them (Dance Dance D’Amour and Hot Shot City), but they’re fun, they’re singalong. You just need to let yourself enjoy what The Hoff stands for.

Songwriter extraordinaire Diane Warren even gets a writing credit on Lonely Is The Night. It must be good!

Featured here of course, is one of the themes to Baywatch – I Believe (a duet with Laura Branigan), although I don’t really like it.

There’s quite a few multi-lingual tracks too – David knows his audience. And of course, the final track Du is entirely in German.

It’s hard for me to pick a favourite track from this collection (it is a ‘best of’ after all), but amongst my favourites have to be the opening Highway To Your Heart, the fantastically feel-good Everybody Sunshine, and Looking For Freedom.

Eagle eared (?) listeners may be able to hear something exceptionally familiar throughout Crazy For You – it’s possible to sing the entirety of YMCA on top of it, and it fits perfectly. I don’t know if there’s a writing credit, or a court case involved with that one. Once you spot it, you won’t ever hear anything else. It’s a mash-up just waiting to happen.

Give it a play. It’s infectious.

Based on all of the David Hasselhoff albums we have reviewed so far, we can calculate his average album score as 3.67 out of 5. 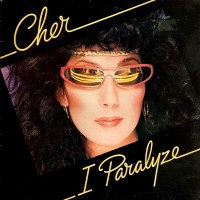 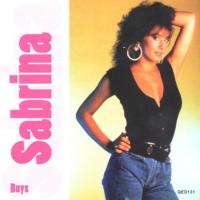 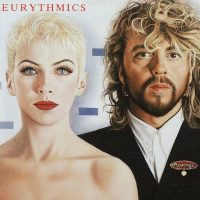