Today’s POP RESCUE comes in the form of the eponymous 1990 debut album by Craig McLachlan and Check 1-2. Does this album make you wanna Rock, or will you want to throw it over your Neighbours’ fence? Read on…

Whilst his Neighbours TV star colleagues like Kylie Minogue, Jason Donovan, Stefan Dennis, and even Madge and Harold, were doing reasonably well for themselves, Craig decided to join that long tradition and aim for the charts.

At first, which we hear here from the album opener, the UK received his great cover of Bo Diddley‘s song Mona with the mysterious Check 1-2 duo. It gave him a huge number 2 hit in the UK.

Following it up, was the problem.

Their eponymous album was released in 1990, and just from the second track Rock The Rock (which was actually his first single in Australia, in 1989), you know it’s going to be a bumpy ride. This track is laughable – terrible lyrics with a lethal injection of 1986. ‘Rock the rock. Roll the roll’ he sings.

Things pick up slightly with what became the third single I Almost Felt Like Crying (it got to #50 in the UK). Second single, the underrated and mainly forgotten, Amanda, may have only reached number 19, but it’s a great track. However, his success was already slipping.

The 5th of these 12 tracks, What Is Love, is back down there with Rock The Rock. Jump Into The Fire improves the album slightly, but it’s lyrically dull – aside from the chorus. I can imagine Status Quo making more of this track.

Track Bigger Than Texas, improves things a little – more up-beat, but there’s very little difference between this and the rest of the album, until the final track It’s Been Good which has a fantastic 80s-song-closing-movie-credits feel to it.

Where are Craig McLachlan and Check 1-2 now?

Craig is easy to find – he has had a much more successful career in acting – Bugs probably being his biggest post-Neighbours and Home and Away success on TV, and The Rocky Horror Show, and of course Grease, being his biggest theatre performances.

As for Check 1-2 – Mark Beckhouse and John Clark – who knows!

While the lead single was perfect, and a natural continuation of the sunshine-coated loveable ‘Henry’ character that TV audiences had gotten used to on Neighbours, the reality of an album’s worth of music is hard to follow.

There’s nothing quite as cheerful as the lead single, and whilst there are some nicer songs (Amanda, and the chugging Rock The Rock), there’s little else here for that audience.

It wouldn’t be until his 1993 duet with Debbie Gibson You’re The One That I Want from Grease that he’d see chart attention again, albeit briefly.

‘Everybody needs good Neighbours’ indeed. Particularly ones that can make good records. 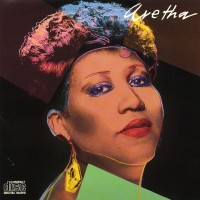 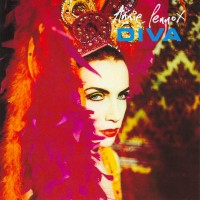