Today’s POP RESCUE from an uncertain fate, is the 1992 album Boss Drum by Scottish dance group The Shamen. Is this album as Goode as it sounds, or just lacking Intelligence? read on…

This 12 track album opens with a sweeping synth and simple beat which leads in the title track and third single – Boss Drum. Gradually, another synth joins before a dance beat kicks in. ‘Activate the rhythm, the rhythm that has always been within’ Colin Angus sings, before being joined by rapper Mr C. This is quite a mellow track really, filled with rich synthscapes and wandering beats and basslines.

Next up is lead single LSI (Love Sex Intelligence), which is very catchy, and soon introduces us to a sound style that would appear again in their biggest hit that appears later on in this album. Jhelisa Anderson provides guest vocals here and they really offer the perfect contrast to the rap of Mr C, and Colin’s softer vocals. This is a pumping track.

This is followed by Space Time which opens fittingly with what sounds like some kind of spacial synths and a dance beat. After the intro though, Colin and Mr C take the vocals, but this song feels quite minimal and weak.

Librae Solidi Denari is up next, ushered in by twinkling synths, then tribal sounding beats and bassline, before returning to the twinkling synths and acidy synth stabs over a dance beat. A slowed version of a synth riff speeds up – and that’s about it. The song is an instrumental – alternating between these different sounds and often at different speeds.

Thankfully this is followed by second single, and their huge hit Ebeneezer Goode (Beatmasters Mix) – the track that gained them a number one in the UK, and huge media controversy due to the song’s topic of taking ecstasy (‘Eezer Goode, Eezer Goode’). The song is fast, packed with drug references, but catchy and a damn good track. The controversy of course cemented their place in bringing rave culture to the charts under a thin guise of dance music.

Fifth single Comin’ On is up next, and whilst this feels much weaker, thanks to Ebeneezer Goode and LSI, it still stands as an okay track. Jhelisa’s vocals are really missing here, and I think that she could have helped to lift the track a bit and make it catchier.

This is followed by fourth single Phorever People. More twinkling synths open the track, before giving way to a funky bassline and beat. Mr C and Colin have vocals here, but it’s Jhelisa’s vocals that carry this song in the chorus. About 4m 20s the key changes with a kind of harmonised outro.

Scientas follows this, opening with a rain stick, and some kind of wind instrument – sounding like it’s going to be a big South American inspired song. About 4m 10s into this instrumental feast, the track finds a beat alongside a meandering guitar.

Re-Evolution, the sixth and final single from the album, is up next. It opens with philosopher and lecturer Terence McKenna giving a monologue about Shamans, whilst the group play dreamy soundscapes beneath it. This is the entirety of the 8m 23s of this track – essentially a soundtrack to his Rave lecture. At times, this song reminds me of the kind of album tracks that Deee-Lite released – a cultural statement.

Penultimate track Boss Dub takes the title track into a dub with brooding synths and minimal vocal samples, weighing in for 5m 26s, it fails to tread new ground. Similarly, final track Phorever Dub carries a different intro that makes it sound like it’s going to be an interesting 3m 54s romp, but that also fails to deliver anything of interest.

Where are The Shamen now?

The Shamen, who already had a hit with Move Any Mountain behind them, continued to record and release albums until 1998, but to decreasing commercial success. They were voted Best New Act at the Smash Hits Poll Winners Party in 1992, despite already in their seventh year, and on their 4th album.

They parted with their label (One Little Indian) after they wanted the group to return to a more commercial sound.  The group disbanded in 1999. During their 14 years of activity they had 14 members.

In 2012, The Shamen members Mr C and Colin Angus talked to The Guardian about making their hit Ebeenezer Goode.

Overall, the album has few catchy, memorable tracks on it. Instead, it mainly opts for a wafting blend of soundscapes, which whilst they are quite nice, they don’t really stick in the mind as much as LSI and Ebeneezer Goode. Boss Drum almost cuts it as a single, and maybe the single versions were better edits (after all, it was the Beatmasters who sorted out Ebeneezer Goode for the charts). 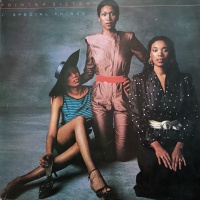