Today’s POP RESCUE from a potentially loveless fate, is the 1982 album Are You Ready by four-piece group Bucks Fizz. Does this album Fizz with pop, or is it a bit flat? Read on…

This 10 track album opens with the #1 second UK single My Camera Never Lies, which slowly fades in, but then the drums dramatically come crashing in. There’s some wonderful vocal harmonies here, showing the group’s vocals off perfectly. The song is really quite catchy, despite it jumping around in its musical styles.

Easy Love follows, and whilst this too jumps around a bit in its musical styles, making it a little hard to count as catchy other than within the chorus, it is undeniably 80s pop. It’s certainly a song that builds, and it does so over what feels like a long track, buy Jay Aston‘s vocals make light work of it.

One Way Love follows this and this has some great 80s synths and guitars. The vocal harmonies are back and in full force. This song is really quite catchy, and doesn’t jump around in style like some of the earlier tracks.

Side One closes with title track Are You Ready. Whilst this is quite a bouncy track, a-kin to the style of their big hit Making Your Mind Up. About half way through there’s a bit of a break down, with the ‘Are you ready’ chanting – a moment that I imagine was created purely for stadium audience participation. This really is an epic song, and one that’s definitely meant to start or finish something, therefore sitting perfectly here at the end of side one.

Side Two opens with the sound of glass smashing, footsteps sprinting away and a dog barking. A police siren begins and so proves that policing standards in the 1980s were better than now. Yes, it’s track Breaking And Entering. This is a catchy song, with a funky bassline, and whilst it romps along it crashes out as sudden as the window did at he start.

Next up is hit single Now Those Days Are Gone, on which Mike Nolan leads the vocals for a change. This one relies on the vocal harmonies of the group, making it a wonderfully warm song. It also reeks of ABBA. Eventually a piano arrives, and it leads Mike into the beats and strings. Despite mostly lacking a beat, this song works perfectly with just piano and vocal.

This is followed by Twentieth Century Hero, which by contrast has a great beat and bassline to it, and returns us to the sound that the group are familiar for. This is somewhat hard not to dance to – I took to my lounge ‘dancefloor’. This should have been a single.

Penultimate song Another Night acts as nice little pop romp with great beat and guitars and harmonies. The chorus is quite catchy, and this would have helped it along when it was released as a single in Japan.

Then it starts… the final song, and one of their biggest hits: The Land Of Make Believe. This is a wonderful piece of 80s pop, and quite rightly made it to #1 in the UK, earning it an everlasting role in 80s compilations. This song builds perfectly, cranking the gears of 80s pop with it. The song ends with a child speaking a short rhyme at the end. This is a masterpiece.

Where are Bucks Fizz now?

Bucks Fizz, as an act, have continued to perform through the years, but the line-up has changed significantly. The group were victim of a severe coach crash whilst touring in 1984, which particularly affected both Mike and Jay for some time.

Whilst Cheryl Baker is the most successful of the four to carve a career (albeit in television presenting rather than music), the other three have continued to perform. When the group began to break up, court battles have ensued to decide who has the right to the band name. Briefly there were two versions of Bucks Fizz – one with Bobby G, and one containing the three other founding members, but currently there is Bucks Fizz, and The Fizz. The latter of these continues to record and release music in 2020.

Despite a few attempts at a solo career, in 2013 Jay appeared on The Voice for the blind auditions but sadly none of the judges voted for her.

Over all, I was pleasantly surprised by this, my first foray into the world of Bucks Fizz albums. I think that perhaps their reputation is almost haunted by Velcro skirts and their Eurovision performance.

This is a great little pop album, and I’ll be unafraid to listen to more of their releases. 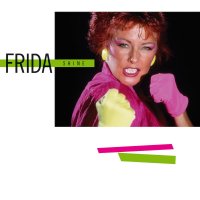 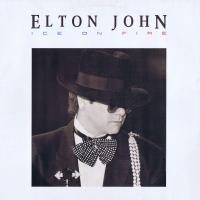