Today’s POP RESCUE from a potentially obscure fate, is the 2006 Back To Basics double album by American singer Christina Aguilera. Is this album as bold as brass, or is it just the same old sound? Read on…

Twenty-two Christina Aguilera songs. 22! Across 2 CDs. This is going to be a challenge. So, let’s get started….

Disc One opens with Intro (Back To Basics), which opens with some TV introduction samples, over some brass stabs and funky record scratches. A wonderfully funky bass comes in, and soon we’re treated to Christina’s rich, purring vocals effortlessly weaving their way across the top. Sadly, this track is fairly short.

We’re then on to Makes Me Wanna Pray, which features a sample of Glad by Steve Winwood – the piano and Hammond of which is also played by Steve, giving the track a great light tinkling sound alongside the big beats and funky bass. Christina’s vocals here are superb and really strong, and she’s backed by a gospel choir in the chorus that really gives her a perfect vocal contrast as she reaches high.

Record scratches and some funky 60’s guitar opens Back In The Day, giving a wonderful sounding track that Christina gently sews together with her warm vocals. The song name checks many music greats including Donny Hathaway, Marvin Gaye, James Brown and Etta James. This is quite a nice chilled track.

This is followed by the lead single Ain’t No Other Man, which is an up-tempo funky 40’s styled song featuring minimal beats, a load of brass samples, and continuing plenty of record samples and scratches. This song reached #2 in the UK singles chart, sounding nothing at all like the rest of the chart. It was somewhat of a gamble, but thankfully Christina’s vocal power and confidence, and a wonderful (almost explanatory) video, helped it become a hit.

Up next is a much slower track called Understand which opens with a sample of Betty Harris singing her song Nearer To You. The sample fits perfect alongside Christina’s new track. The song is slinky, with plenty of brass, piano, and bass giving it a kind of late-night smoky bar feeling.

Slow Down Baby follows this – a collaboration with Mark Ronson, and featuring a wealth of samples. At times this track feels like a missing En Vogue track, with Christina’s vocals again soaring through the song with what seems like minimal effort.

Having taken her own advice in the previous song, Oh Mother is a slow track. Piano opens the song and the pace is much slower. Here, Christina is able to show off her softer ballad vocals. There’s some really nice vocal harmonies. She’s joined by The Movement Orchestra, who bring some wonderful strings to this delicate little song, helping the few soaring vocals reach further with a flurry of strings. This is a really nice little song.

F.U.S.S (Interlude) follows, and again this opens with piano, but switches over to a slinky RnB track, over which Christina sings alone over the top of a simple beat and organ about how she’s moved on. The song’s acronym title comes from ‘Fuck U Scott Storch’ – Storch being a producer on her previous album, who declined to work with Christina after she refused to pay for flights for him and his entourage. I love a good song spat.

Up next is On Our Way which is a light RnB track, and whilst Christina’s vocals are rich here, and there’s a wonderful piano sample in the background, it’s feels like a bit of a filler track. It could essentially have been recorded by anyone.

The subdued sound continues in Without You – another Mark Ronson collaboration. The gentle handclaps, acoustic guitar, Moog and piano sections keep the song light. Christina’s vocals here are soft here and she gets some wonderful vocal ranges here, blending perfect with the backing vocals.

A wonderful almost Muppet-like funky honking saxophone sound opens Still Dirrty – a song that refers back to earlier hit single Dirrty.  However, unlike that single, this track effectively has a great funky sound, but musically it doesn’t go anywhere else. Christina just uses it as a backing track to tell everyone how she’s going to be true to herself and that it will never change.

This message continues in Here To Stay, which is musically more interesting, due to taking a fairly big sample from The Best Thing You Ever Had by Candi Staton. Christina lets her vocals soar again here, and she’s given a lot of backing vocals to work with.

Disc One closes with Thank You (Dedication To Fans…) which features samples from a couple of her earlier tracks (Can’t Hold Us Down, and Genie In A Bottle). This is another one of those slinky RnB tracks with plenty of record scratches, and soft vocals. It features a host of audio messages from her fan club members thanking her for making her music, and often explaining how her music has affected them. It’s quite a nice touch for the fans, and definitely the point of the song.

Disc Two opens with some slightly sinister fairground carousel music of Enter The Circus, signalling the opening of the second half of this album – a vintage journey in collaboration with Linda Perry (formerly of 4 Non-Blondes). It’s almost a bit Moulin Rouge reminiscent. Christina doesn’t feature on this song, instead it’s down to a ringmaster.

With that introduction out of the way, Welcome is up next, and here Christina’s vocals are powerful and musically this is epic – with orchestra belting it out alongside her. This is a wonderful place for this second disc to really begin. The circus-like musical motif returns towards the end.

Single Candyman follows this, returning us to the 1940s. This song really is a brilliant foot-tapping, catchy track, giving a respectful nod to it’s forged heritage whilst also keeping the sound truly in the 00s. This was the third UK single to chart, and sadly only reached #17. Probably because it was just so ‘out there’ compared to everything else in the chart at the time.

Next up is the sexually overflowing number Nasty Naughty Boy, which sees Christina singing a very slow, sultry, ‘I wanna give you a little taste of the sugar below my waist‘ she sings, with plenty of ‘oohs‘, ‘give me a little spanking‘ and the ‘put your icing on my cake‘. There’s no mistaking this song and all of it’s shameless innuendo. The trumpets and the audience cheering really help you to visualise this as some late night showgirl song. This reminds me of something you might find on Madonna‘s 1990 album I’m Breathless.

I Got Trouble follows this, and this sees Christina’s vocals sounding like they’re playing on an old record, whilst bass, trumpet and piano play through a slow jazzy number. It’s quite a nice little song, that whilst being an original, definitely feels like it should be a cover.

This is followed by ballad Hurt, the second single from the album. Strings and a gentle tinkling piano open this song, and Christina’s vocals are soft and gentle here at the start. The vocals and music both build perfectly up to the chorus, sounding fantastic alongside each other. This song might have seemed more suited to Disc One than here (perhaps a swap with Ain’t No Other Man?), but the end result is a really beautiful track that shows just how much Christina’s vocals can shine.

Track twenty is Mercy On Me which almost predictably opens with a gospel choir that bring a great wave of vocal harmonies in before the piano takes over the lead. This song has a wonderfully plodding bassline that makes it way through this almost bluesy/gospel number. Christina makes light work of her plea to her God. She ends the song with a wonderfully held note.

Acoustic guitar leads the penultimate track Save Me From Myself  which shows off a really different kind of Christina Aguilera. Here, she’s singing very softly without big, strong, confident notes. Occasionally cello and violins join in, but they take back seat to the vocals and guitar. This is a beautiful little song, that is worth hearing if you’re only used to her singles.

The album closes on its 22nd track with The Right Man. A wash of strings lead us into this track, which sounds somewhat downbeat. Christina’s vocal strength returns, again soaring through the chorus with a heavenly choir as she sings about getting married and her hopes for an imagined daughter that she would have a better childhood than her own.

There, we made it!

Where is Christina Aguilera now?

Christina released a ‘grestest hits’ album Keeps Gettin’ Better – A Decade Of Hits after this in 2008, but it was 2010’s Bionic that would give her her next #1 UK album.

In 2010, Christina took a lead role in film Burlesque with Cher. She has also appeared as a coach on The Voice, and also has had a recurring role in TV series Nashville.

In 2011 she featured as a vocalist on the huge hit Moves Like Jagger with band Maroon 5, becoming one of the best-selling digital singles of all time.

Her most recent UK charting album, 2012’s Lotus stalled at #28, spending just 2 weeks on the chart. It has become her least successful album to date.

She announced in early 2015 that she was busy writing her next album with Pharrell Williams.

Over all, this album is pretty damn good and I’m pleasantly surprised by that. Christina’s vocals throughout are flawless, and at times her vocal style is wonderfully playful with the musical styles. There’s a couple of fillers in the first half, but the rest of the album is superbly written and produced. The choice of samples (of which nearly every song on Disc One has at least one) are expertly chosen and used, although this must have been an expensive and administrative nightmare getting those approved for use.

I wonder whether at any time, she or the label considered releasing two albums rather than this double one? It would have been interesting to see how the more 40’s/circus stylised second half of the album might have fared if it was without the more 60’s RnB inspired first half? 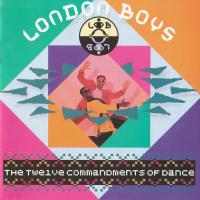 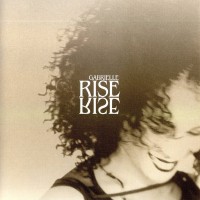 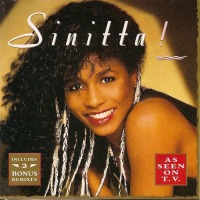 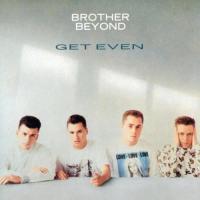 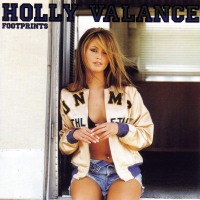 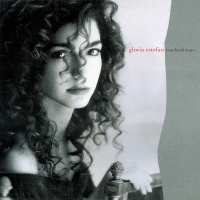 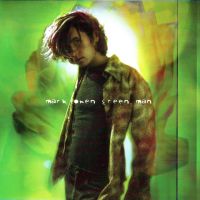 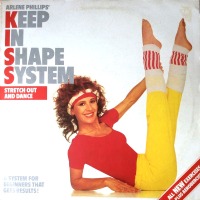 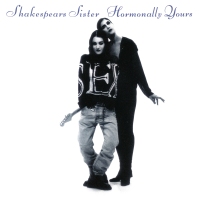 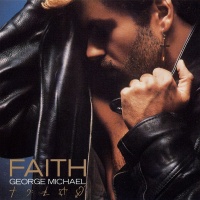