Today’s POP RESCUE from a fate unknown, is the 2006 debut album ‘Paris‘ by American reality TV star and heir-in-waiting, Paris Hilton. Will this album be luxurious, or like a cheap and dirty motel? Read on…

This 11 track album opens the sirens of Turn It Up, the album’s second single. It is breathy, sexy, with dramatic sweeping string sections. Everything about this track reminds me of Britney Spears. Somehow this track did not chart in the UK (seemingly not released here, and there’s no video), but it did give her a hit in the US dance club chart. The track is slick and hot.

Fightin’ Over Me follows this, featuring Fat Joe and Jadakiss, who are presumably the one clumsly punching the piano and banging a biscuit tin at the beginning. Fat Joe and Jadakiss give a vocal contrast rapping against Paris’ sweet breathy vocals. Musically the track is simple and doesn’t really go anywhere – the piano and biscuit tin repeats throughout, punctuated by breathy gasps, and some delicate violin riffs as we run into the chorus. A little less rap, and some direction would help.

Lead single Stars Are Blind is up next, and this gave her a #5 UK hit single. This one is reggae influenced, and I’m imagining Ali Campbell from UB40 sitting in the studio thinking he’s waiting to do his vocal part on a re-recording of their hit Kingston Town. Paris’ vocals are lower here, closer to those of Kelly Osbourne. It’s not as catchy as Turn It Up, and therefore an unusual choice for lead single give it’s mellow nature.

This is followed by I Want You, which noticeably incorporates a sample of Grease by Frankie Valli from the film of the same name. It has an exciting start with the sample, before dropping into the verse. The chorus works well though, re-using the siren and Grease sample. This should have been the lead single as I think it would have grabbed some attention with a wider audience. Again, Paris’ channeling Britney.

Jealousy follows this, opening with mournful violins before giving away to some lovely bass and beats. Paris’ vocals here are rich and remind me a little of Sheryl Crow at times. Chugging guitars arrive for the chorus which gives the track a chance to build, before returning to the verses with added strings. The result is quite a nice relaxing track with a catchy chorus.

Next up it’s Heartbeat, which gives Paris quite an easy mid-tempo track. She’s joined by a rim-shot beat, some lightly strummed chords, and some sweeping pad synths and backing vocals. This is the album’s tender love song.

That’s followed by Nothing In This World which acted as the album’s 3rd single, but second to chart in the UK, where it stalled at #55. The track opens with guitars, before leading into the verse which leaves it sounding something like a poorer Sugababes song. It’s not particularly catchy and mostly sounds just a guitar-led angsty teenage girl song. There are far more catchy/memorable tracks on this album so far that could have replaced this single.

Screwed is up next, originally planned as the lead and titular track. Chugging guitars return for this track, and this one is definitely stronger than the previous song. It builds well into the chorus, which is upbeat and gets to show off Paris’ vocal range. This vocal and the guitars sit together well.

Next Not Leaving Without You again sees her channeling Sheryl Crow/Sugababes in vocal style. Here’s she’s pitched against guitars again, leaning towards the early rockier sound that the album was pitching for. The guitars throw in some familiar country music sounds, but thankfully don’t quite deliver them. It’s a nice little pop song.

Penultimate track Turn You On, and we’re back to full on sexy Britney-esque style. The simple fat acidy synths, breathy vocals, ‘Ow!’, girl gang vocals, and dramatic smash beats don’t particularly take the song anywhere, but the sound would have fit perfectly in with the charts at the time, and probably could have given her another hit.

The album closes with a cover of the Rod Stewart 1978 hit Do Ya Think I’m Sexy, which includes the brilliant Nikki Harris on backing vocal duties. Paris’ take on this track is loyal to the original, and sounds like it was recorded on real instruments, and leans heavily on the disco style. Her vocals here are not a patch on Rod’s though, but she has a good go at playing baby doll sex symbol, with plenty of sultry almost-spoken vocals. I’d be curious to know whose idea this was.

Over all, this album is actually surprisingly good. I was absolutely ready to cringe all the way through and write its scathing review. The singles choices were predominantly poorly chosen for the UK audience – an audience whose relationship with Paris Hilton was as a spoilt American socialite heiress with a sex tape, rather than credible for anything else.

This album shows this is not entirely justified, with highlights including Turn It Up, I Want You, and Jealousy being the stand out tracks. The rest are a bit of a stylistic mixture and mostly just ‘nice’ sounding.

The album may have struggled to gain attention due to the wide choice in the UK of female pop artists – the charts during this period were dominated by Britney Spears and Sugababes, and Paris’ arrival was clearly mostly ignored. 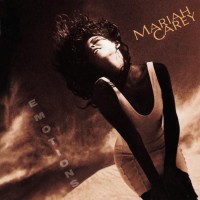 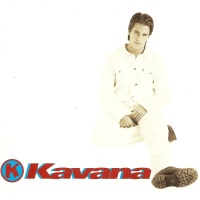