Today’s POP RESCUE from an uncertain future, is the 2009 debut eponymous album JLS by British boy-band JLS. Will this album be the One Shot you need, or will your ears never want to Beat Again by this album? Read on…

This 13 track CD album opens with lead single Beat Again. Which bursts up with a nice simple and catchy synth and beat before the vocals drop in. It’s almost robotic in sound – musically, and partly in the vocal approach too. This really helps though, as it allows the track to remain catchy, and it’s a great album opener. The track gave them a #1 UK hit, and was the second biggest selling single in the UK in 2009, undoubtedly on the heels of their X Factor loss.

Everybody In Love follows this, and it opens with a ton of percussion and handclaps, as we meander into a lyrically verbose heartfelt track. The chorus is quite nice with the vocal harmonies alongside the piano, along with the racing drum machines, but whilst this track is here to grasp those hearts of teenagers, it’s fairly standard boy band territory, which is partly how it landed them another #1 hit when it was the second single.

Robotic is back with Keep You, which sees plenty of unashamed auto-tune use on the vocals here. Despite that, it works really well and fits with the robo-synths that at time sounds like something that my old GameBoy would spit out. As it’s fairly monotone in lyrical delivery, it sounds nice but doesn’t really go anywhere.

Crazy For You is next, and we’re into the heartbreak and regret zone. The vocal harmonies again sound great, and they’re underscored here by some synth-strings and it works well. The beats, percussion, and handclaps arrive for the second verse, allowing the track to steadily evolve. There’s a really comedy auto-tune moment just before the second chorus that would make even Cher wince.

Next up is the wonderfully dance-y Heal This Heartbreak, which has a real simple beat, acoustic guitar riff, and a dance-trance sound to it. At times there’s a whiff of Peter Andre in there, but this is a really great little pop song. Admittedly, it could easily have been given to Girls Aloud, but JLS put in a great turn for it. I bet the remixes on this track could have been phenomenal as it has a lurking energy in the music and fleetingly the vocals, that really could be boosted with a remixer.

We’re into handclaps and strummed acoustic guitars now with Close To You. The track opens with lyrics consisting of a list of major conurbations that the singer (I don’t know which of JLS) confesses to thinking about. This is undoubtedly a song for the fans and tours, especially with the repeated line of ‘I’ve travelled all around the world now, seen so many pretty girls now’. It is again a clear heartfelt boy band song, and it gently treads this path.

Only Tonight follows this, opening with some breathy intro before dropping in a steady plodding beat and more handclaps. The chorus is uplifting, and is a good contrast to the verse, allowing the vocals to lift and harmonise well, on top of some nice synths. It bounces along quite nicely as a piece of pop fluff.

The piano leads us into One Shot, the album’s third and final single, but that soon changes. As the piano abruptly stands aside, a wave of lovely synths drop in (reminding me of one of the levels from my Nintendo Smurfs game) over a dance beat. We’re back to a ploddy piano, bass drum, and vocal verse again, and the track alternates between the two styles. ‘You only get one shot’ the guys sing, alongside a lot of ‘aye-ye-yi’ vocals. It’s a nice little song, and the track gave JLS a #6 UK hit.

It’s time for Private now. It’s absolutely flooded with as many synths as possible stabbing out a riff, an overwhelmingly large heap of auto-tune, but it’s pretty catchy. It probably could have fared well as a single.

That leads on to Don’t Go, which is pretty much a slightly more subdued continuation of the previous track, but sounds like it was once offered up to Britney, with a whole tonne of ‘Eh-he’ moments which sound borrowed from Rihanna’s hit Umbrella. It’s a simple and easy listen, and bounces along quite cheerfully. A repeated ‘sample-ish’ sound works well here.

Next is Only Making Love and musically this is a simple synth layered track, that’s quite buried in the mix in favour of the vocals – which in the chorus are quite lovely sounding harmonies, and they sound almost auto-tune-less. It’s a nice gentle little song.

That’s followed by Kickstart which fleetingly starts off sounding like it’s going to try to be a cover of Sweet Dreams (Are Made Of These) by Eurythmics, but then it bursts into full on dance-trance over some gurgling synths. The track is pretty energetic, but one of JLS sings close to Christina Aguilera, and once I’d spotted this, it was hard to not think of her doing this song instead. It just kind of ends.

The album closes with Tightrope, and as you’d expect, handclaps are back, alongside the ‘ooh’ and ‘yeah yeah’ brooding R&B love song style. A simple drum machine underlines the track, and the whole thing weaves together with the inclusion of the bass, strings, and vocal harmonies. It’s a nice ending to the album.

Over all, this album is nice enough, and what you’d expect from an X-Factor stable.

Highlights here are Beat Again, Heal This Heartbreak, One Shot, and Private. There are low points, but this is mostly the volume of the saccharine heart-aching songs that would have undoubtedly connected with their huge teenage fan base, and aren’t marketed to me.

JLS’ vocals are rung through the auto-tune to an almost comedic amount at times, and I’m curious of what they actually sounded like. That said, when paired with the more robotic synth styled tracks, it works without a problem, other than somewhat predictable, with some pretty common ‘hey hey’ ‘ay ay’ ‘uh uh’ boy-band musical traits.

It’s a good first album, although dropping a couple of tracks to bring it down to an 11-track album would have made it a little easier to get through in one sitting. 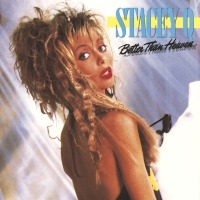 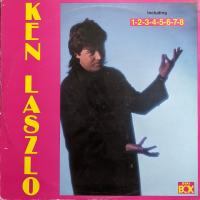