Today’s POP RESCUE from an uncertain future, is the 1989 second album Gatecrashing by band Living In A Box. Will this album Blow your socks off, or should you not give it a Room In Your Heart? Read on…

My sister had this on cassette, so I’m quite familiar with a few of the tracks, but having not heard it for 25 years, means it’s pretty much faded into the past.

One thing to note is that there’s a couple of big names involved with this album – one is the now late singer, songwriter and producer Dan Hartman (Instant Replay and Relight My Fire etc) who has several producer credits here.

This 14-track album opens with Unique which sounds like a perfectly 80s pop track. It includes a wonderfully bouncy bassline.

Next up is probably their best known hit Blow The House Down which bursts in to blow the house down indeed. This is a fantastically powerful, defiant song, and with any great rocky 80s track, it includes the section where the bassline drops out to give the band and an audience the chance to sing a section. Tucked away on the sleeve notes for this track is the other big name – it turns out that Queen guitarist Brian May delivers the big guitar solo at about 2m 50s in this song. Phew! What a belter.

Then we’re in to Day After Tomorrow Night, is a more gentle track, although saying that, it does have a great intro, before leading into a slow 80s power ballad. This could probably have been a better choice of single. It’s catchy, and Richard’s vocals fit this ‘like a glove’.

Touch Sensitive follows this, and it’s a good strong pop song. I could easily imagine the likes of Rick Astley taking this song on, and it’s pretty catchy throughout.

Up next is All The Difference In The World, which is a slow ballad giving Richard’s vocals plenty of space to showcase his range, and it comes complete with Obligatory 80s Saxophone. There’s also some really nice vocal harmonies between the members here too.

Title track and second single Gatecrashing is next, and this is along the same kind of style and pace as Blow The House Down – it’s a strong track with percussive section, latino piano, horn section, and deserved to do well, but sadly this single stalled in the UK, reaching only #36.

This is followed by Mistaken Identity which is another really good pop song, but sadly it wasn’t a single. Perhaps it should have been? I could easily have imagined this on a film soundtrack like Pretty Woman. Again, there’s some great vocal harmonies, and also some great guitar work too.

Live It Up is up next, again, another really catchy track, aided with that horn section and bassline. It’s in this song, that I realise that musically, there’s not a vast variation in this album, but it’s quite a nice style. Richard’s vocals make light work of the lyrics, aided by the female backing vocalists (which include 80s pop stalwart backing singers Miriam Stockley and Mae McKenna) I wonder whether this played to its strength?

The ninth track is final single from this album (and the band so far), Different Air, but sadly this one didn’t create much of a breeze when it was released into – as it only reached #57 in the UK, and failed to chart anywhere else. As a song, it’s quite a nice song, but it must have just been released at the wrong time.

Third single, Room In Your Heart follows, and this one returned the group to the top 10, giving them a #5 UK hit. It opens with some vocal harmonies, before switching to piano and guitar. This is an 80s power ballad, and a catchy one at that. I can imagine that there’s plenty of Top Of The Pops swaying audience videos of them performing this. Oddly, i remember this song, but had assumed it was Wet Wet Wet.

Now, we’re into the first of the four tracks that are not listed on the back of the CD artwork (but are listed in the booklet).

Gatecrashing (Diesel Mix) is up first, and this heavily samples the original vocals, all remixed by Tom Lord Alge. This version probably takes this song closer to Peter Gabriel‘s hit Sledgehammer. It does also have an air of Stock/Aitken/Waterman about it, even though that’s coincidental.

Crashing in a bit weaker than the original, it’s another Tom Lord Alge remix – this time Blow The House Down (Conversion Version), starting with a focus on the chorus. The verses remain generally untouched, and the song carries the same punch – it just isn’t starting with one. Otherwise, a bit pointless, and at 7m 12s, it goes on a while.

An alternative mix of Touch Sensitive is up next (although the mix itself doesn’t have a different name). Again, it’s remixed by Tom Lord Alge. It starts off sounding a bit like early Lisa Stansfield, but soon gives way to Richard’s vocals and then a healthy dose of bass and synth.

Final track is a remix of Love Is The Art (Love) by Dancin’ Danny D (AKA: D:Mob, and later collaborator with acts like Cathy Dennis), the original of which was the fourth and final single from their debut album. Whilst I don’t know the original track, this remix feels somewhat empty, and about 3 minutes too long (it runs for 7m 51s). For a song that reached #45 as a single in the UK, including a near 8 minute remix of it at the end of the next album, seems like a strange tactic.

Where are Living In A Box now?

The trio split after this album, during the recording of their third album. Only vocalist Richard Darbyshire continued to record and release music as a solo artist.

The other two members, Marcus Vere and Anthony Critchlow, left the music industry, but it appears that they may have reformed according to what seems to be their official website.

Aside from a couple of pointless remixes, this second album is actually a really strong example of the rockier side of late-80s pop. Whilst stylistically it rarely strays, it’s a formula that works – so there’s little problem with it.

It’s a shame that the band did not see greater success together, and were not able to release the third album. 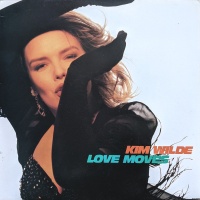 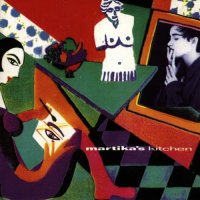