Today’s POP RESCUE from an uncertain fate is the 2009 debut album Hands by Little Boots.

This 12 track debut album opens with the aptly named opening track (and second single) New In Town, which is laced with thick euphoric synths. Little Boots (aka Victoria Hesketh) is soon in with vocals. Her voice in the verses is strong and rich, reminding me of the singers from Chungking and Feldberg. The chorus is pretty catchy, and the 15s mid-section from 2mins in, sees her vocals take on the kind of delicateness that you’d find in some parts of Kylie Minogue‘s later tracks. There’s a fantastic bassline threading throughout, and the ending reminds you of this.

Next up is fourth single, Earthquake, which bursts in as a much more energetic song. This song is again laden with synths, but it’s far more pop than the last song. This gives it a wonderfully catchy feel, helping it to bounce along perfectly. Sadly, for some reason this track failed to shake the charts, floundering at #84 in the UK singles chart in November 2009. Presumably some X Factor dross was distracting buyers.

A big acidy bassline ushers in Stuck On Repeat, which surely gives a wonderfully respectful nod to Donna Summer‘s 1977 hit I Feel Love, whilst also sounding like this might have been equally suited to Kylie (for whom it was apparently written in mind for). Sadly this wasn’t a single – and I think that it probably should have been. Little Boots’ vocals make light work of this disco-pastiche. This song feels quite short, leaving me wanting to hear more.

Click follows this. This is a much more mellow synth track. At times Little Boots’ vocals sound like those you’d hear on the debut La Roux album which was released just a few weeks later. This is a nice bouncy track, with some warm synthscapes weaving through it.

This is followed by third single Remedy, which gave Little Boots her biggest hit – reach #6 in the UK charts. Little Boots’ vocals are confident and rich here, and at times in the verses she sounds slightly like Geri Halliwell. This song is as catchy as hell, and it’s clear why this song did so well.

Up next is debut single Meddle, which has some bassy synths and handclaps. It initially feels quite minimal and muted, and it doesn’t stand as strong as the songs that were to follow it. This song flopped at #97 in the UK singles chart in January 2009, and probably could have done with a re-release once she’d found her fame.

Ghost follows this, and vocally the verses on this reminds me somewhat of Kylie’s moderate hit Red Blooded Woman, with it’s use of short snappy vocal layers.

Eighth track Mathematics follows this, and this has some delightful synths bleeping and pounding throughout. Mathematics was my least favourite subject at school, but this song is thankfully more far enjoyable. The song grows perfectly, building up those delicious synth layers. Great song!

Symmetry follows, and this song is a duet with Phil Oakey from pop royalty The Human League. Little Boot’s vocals here are beautifully delicate as the song builds up. A mix of synths build up a warm, swirling synthscape. Phil’s vocals sit perfectly as a contrast alongside hers in the chorus, and he stands strong throughout his own verses. This feel like The Human League’s greatest song of 2009, and definitely should have been released as a single. This is absolutely flawless.

Up next is Tune Into My Heart, which is somewhat more downbeat, but has a wonderful beat and melody. As with many of the tracks on this album, it’s a fairly catchy track. This track is probably the closest i’ve heard on this album that sounds like it could easily be by Goldfrapp (think the Supernature era).

Hearts Collide is a wonderfully light and dreamy song, with lots of sweeping vocals and synths. Victoria’s vocals here are wonderfully delicate, drifting, and simply perfect. The song flows with great ease and wafts along at quite a catchy pace. There’s elements of this song that reminds me of a few tracks from Kylie’s Aphrodite (2010) album.

This is followed by a chugging bass synth that belongs to No Brakes. This song includes a writing and production credit from Richard ‘Biff’ Stannard, and as usual, he manages to deliver a great track. The bass synth rules here, but it’s accompanied by some swirling soundscapes, and of course Little Boots’ vocals. Here, her vocals sit perfectly against the synths and beats.

Then, there’s a pause…

… and eventually the title track Hands emerges – it’s only notice being tucked away on the writer’s credits in the booklet. It arrives at 5m 51s, and gives Little Boots a song where she’s pitched against a piano. This of course really helps to showcase her vocals and her piano playing. The song doesn’t follow the style of earlier tracks, but does include lyrics about buying sellotape and glue from the shops. Where else can you get that?

Over all, I enjoyed this album, which I’d kind of dreaded as being a bit too identikit-pop. I’d never heard anything by Little Boots before, and so the whole album was fresh to my ears, and I’m sure that i’ll be playing many of these songs again.

There’s some fantastic pop/disco fuelled tracks here, with a minority of weaker songs. A sticker on the front of the CD proudly states ‘BBC’s Sound Of 2009’ (which she won), and includes quotes from reviews from Mixmag (‘Little Boots is set to rule’) and The Guardian (‘Catchy 80s-style synth pop from pint-sized ‘new Kylie’). She deserves all this praise, and more.

Where is Little Boots now?

Despite debuting at #5 on the UK album chart, by week two, it had fallen to #40. Little Boots also released an EP titled Illuminations in the USA and Canada in 2009.

Since the failure of fourth single Earthquake, she has (to date) yet to chart again in the UK singles chart, but did manage to reach #45 in the UK album chart with her second album Nocturnes in 2013.

Little Boots has continued to record, perform, and release EPs. Her third album, Working Girl, is due for release in July 2015. 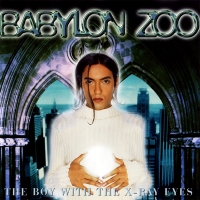 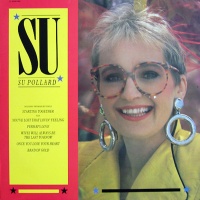