Today’s POP RESCUE from obscurity, is the 1992 third album Bobby by American rapper Bobby Brown. Will you play his game, or would you be better off sitting this one out? Let’s find out…

This 14 track album opens exactly the same way that his 1988 album did – a quick 11 second haunting intro for his lead single that follows it. A vinyl record sound of a song being suddenly interrupted occurs and we’re straight into the single proper. This little intro goes by the name Humpin’ Around (Prelude).

Humpin’ Around comes bursting in, with big heavy confident beats and a funky synth bass line. Bobby’s vocals here are more singing that rapping, and the verses and chorus feel effortlessly good. L A Reid and Babyface have writing credits here, and despite a bit of a disrupting awkward rap from Bobby which is followed by the more relaxed Stylz rapping, it results in a fairly long but catchy song. This, albeit an edit (this version is 6m 18s), rightly gave him a hit – reaching #8 in the UK single chart.

This is followed by Two Can Play That Game, this version is not one that I’m familiar with – it acted as the sixth and final single in 1994, stalling at #38 in the UK, but was remixed by K-Klass and re-released in 1995 giving him a #3 hit. This version reminds me of Boom! Shake The Room by DJ Jazzy Jeff and the Fresh Prince at times, something that the re-released doesn’t. By contrast, this is a sluggish, somewhat dull version, that quite rightly stalled.

Up next is Get Away, which is really up-beat with some great vocal samples, piano, and a chugging bass line. Despite it being quite catchy, it didn’t chart in the UK. There’s some nice little musical riffs here, and the thick bass line should have helped carry it. There’s also some nice background vocals in the chorus. The song sadly goes on too long, and the ‘I’ve gotta get away‘ repetitive chanting gets tedious.

Next track Til The End Of Time is a bit more of a ballad, and Bobby is back to his softer singing tone. He’s joined occasionally by a female backing vocalist who gives him some nice vocal harmonies in the chorus. Again, this song is quite long, but it has some really nice warm moments to it. There’s even a little bit of Bobby relationship advice spoken at the end.

Good Enough, the album’s second single follows this, which feels much more soul/pop than anything we’ve heard here so far. There’s echoes of Al Green and maybe even The Jacksons here. Bobby gets plenty of space here to show off his non-rap vocals, and he’s perfectly aided by some great backing vocals. The track stalled at #41 in the UK.

Seventh track Pretty Little Girl opens with some big beats and what sounds like a flute and piano. This seems like quite a simple slow song, and again shows off Bobby’s softer singing voice, as he uses the harmonies from his backing singers to springboard off onto some high and drawn-out vocal moments. This is quite a nice song, but feels odd that it’s Bobby Brown.

Lovin’ You Down opens with guitar and a breathy sign from Bobby. This mid-tempo track sounds slightly dirty and one for the dimmed lights, aided by Bobby’s ‘i’ve got a few things on my mind that I would like to discuss with you‘. Again, Bobby is showing off his singing and spoken voice with great ease, as a light beat and a slinky bass get to work in the background. He’s backed by some well placed backing vocals that don’t stray to much, but really work well with the beats. Over all, quite a nice song.

There’s a wonderful beat and little guitar (?) loop running through next song One More Night. This probably should have been a single. There’s some really nice warm female backing vocals here too, and they really get to show off towards the end of the song. The end result is a soft, but up-beat funky track. I could imagine someone like Eternal, Destiny’s Child, or even Mis-Teeq covering this song with great ease. Great song.

This is followed by fifth single Something In Common – a duet with his then wife, Whitney Houston. This opens with a more dance, lighter, pop sound to it. Beats, handclaps, and ‘oohs’, before a bouncy bass comes in, as Bobby takes the mic for the first verse and chorus. Then it’s Whitney’s turn in verse two, and her vocals here are rich and confident, and a welcome arrival. It’s sad to listen to this song again with hindsight – as they sing about being together forever, when the couple’s marriage broke down, ending with the death of Whitney and daughter Bobbi. A bittersweet song.

Up next is fourth single That’s The Way Love Is, which feels like a bit more of a return to form – it’s like a companion to Humpin’ Around, and some of his earlier music from his 1988 Don’t Be Cruel album. This has hard, loud beats, and some great catchy vocals and music riffs. Sadly the UK didn’t agree, and it stumbled at #56 in the singles charts.

Inevitably, penultimate song Storm Away opens with a rumbling storm heading off into the distance. A soft beat carries this mid-tempo sax-heavy song. Bobby gets another chance to show off his lighter singing voice, and the song builds perfectly. Bobby’s joined by some more female backing vocalists, who compliment his vocals well.

The album closes with friends I’m Your Friend, a duet with Debra Winans, on this song written by her then husband, Bebe Winans. The pair conclude that it’s difficult to find true friends in the 90s (’twas a tough time, kids). Debra’s vocals often sound like a softer Whitney, and these work perfectly with Bobby’s vocals, although he song itself is slightly twee and a bit nauseating. The song sounds a bit dated.

Where is Bobby Brown now?

In 1995, when K-Klass remixed and re-released single Two Can Play That Game, Bobby enjoyed a resurgence of interest in his career, giving him a top 20 hit with a re-released My Prerogative, and a top 30 hit with Every Little Step.

Bobby’s most recent charting single was 2006’s duet with Damian Marley titled Beautiful, which reached #39 in the UK.

More recently, Bobby has been under the media spotlight since the deaths of ex-wife Whitney (2012) and daughter Bobbi (2015).

Over all, this album has 14 very long tracks, with the whole album running just shy of 72 minutes. At times it feels a little tedious, especially with some of the slower numbers.

Whilst at times it feels like the perfect follow-up to Don’t Be Cruel (even with that identical intro), it gets lost a bit. Cut some tracks, and edit some songs down, and it would have fared better.

However, there are some really strong up-beat songs here. Sadly, not all of these made it as singles, and the chart placings pretty much tell the same story.

The use of Whitney was a great idea, even if the song itself is a bit too light. 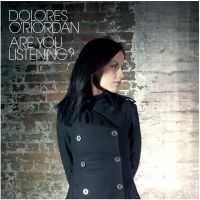