Todays’ POP RESCUE from a loveless fate, is the 1990 second album I Do Not Want What I Haven’t Got by Irish singer Sinéad O’Connor. Will this album Compare to nothing, or will you prefer to Not Want it? Read on…

This 10 track album opens with Feel So Different, a song that opens with Sinéad talking to God whilst a warm wave of strings lead us into the first verse. A double-bass joins in, and Sinéad’s fragile vocals effortlessly soar. At times this song feels like it should have found it’s way onto Björk‘s 1997 album Homogenic. This song shows just how early on that Sinéad would be well suited to appearing on a Massive Attack song. This song is the longest on the album (at 6m 48s) but it constantly builds with beautiful string arrangements, and the lyrics naturally take it on a journey too, ending on a high note.

A round of beats announce the start of I Am Stretched On Your Grave, switching to a delicious loop of late-80s/early 90s beats. Again, Sinéad seems to effortlessly sing this song which is a rendition of a 17th century poem. The song itself is quite simple – great beats, with an underlying brooding synth bass, Sinéad’s vocals and a few extra beats thrown in. At about 4m 25s a fiddle solo leads the way, taking the song to it’s conclusion at 5m 34.

Acoustic guitar (played by Sinéad) brings in next song Three Babies. This feels like a contrast to the previous song, and it gives Sinéad another place to show off her wonderfully soft vocals and harmonies. At times her vocals remind me a bit of Enya, and this aided by the wash of strings that swell throughout this song. This was the fourth and final single from the album, and despite it being quite beautiful, it fell outside the top 40, at #42.

Drumsticks count in the electric guitar of The Emperor’s New Clothes, a song that was a hit in the US when released, but stalled at #31 in the UK when it was released as the third single. The song itself is a rockier song that the others I’ve heard so far on this album, but it really has a great rhythm and shows that Sinéad is equally at home of these harder pop rock songs. This is a brilliant track!

This is followed by Black Boys On Mopeds, which sees Sinéad comment on the politics of Margaret Thatcher and the real-life actions of the police who shot black boys on mopeds – ‘England’s not the mythical land of madame George and roses, it’s the home of police who kill black boys on mopeds‘ she sings. In the album’s sleeve she thanks the family of Colin Roach – one of those ‘black boys on mopeds’, and includes a photograph of his parents standing alongside an image of their dead son. The song is simple – Sinéad and her acoustic guitar, and yet this makes it even more powerful. Despite it’s desperately sad topic, it really is a great song.

Next up is that huge hit Nothing Compares 2 U, which sees Sinéad cover Prince‘s original whilst under the watchful co-producer ear of Nellee Hooper. Sinéad makes light work of this track – her vocals sounding better than Prince’s, and having plenty of power to belt out the lyrics at the right points. This song is a fantastic exhibit of 90’s music, and absolutely deserved it’s #1 chart success around the world. Flawless.

This is followed by lead single Jump In The River, which begins with a gunshot before switching to chugging electric guitar. This song growls in contrast to Sinéad’s vocals – which are quiet, soft, and soulful. This is a nice song, but the vocals are borderline audible over the electric guitars. Turn her up! This song stalled at #81 in the UK charts.

You Cause As Much Sorrow is up next, and it switches back to acoustic guitar, and is joined by piano. Sinéad’s vocals are soft, delicate, and beautiful alongside them in this song. She’s joined by bass guitar and a gentle beat by about 1min in. The song is a really nice, gentle song and the vocals, acoustic guitar and piano combination works really well.

Acoustic guitars gently strum in The Last Day Of Our Acquaintance, which sees Sinéad’s vocals sound heartbroken whilst they soar effortlessly throughout this sad little song, but despite this, Sinéad’s voice is powerful. The song bursts into a beat from about 3min 30s, after which more guitars arrive, bass and beats arrive, this lifts the song up for the final third. Flawless.

The album closes with title track I Do Not Want What I Haven’t Got, which sees Sinéad alone, singing about her mother who had died in an accident just a few years before. This is a beautiful, unhurried, simple song, relying only on her voice. A haunting ending to this wonderful album.

Where is Sinéad O’Connor now?

This album earned Sinéad four Grammy nominations in 1991, and won the Grammy for Best Alternative Music Performance, but Sinéad refused to accept the nominations and the award.

After the success of this album, she released a covers album titled Am I Not Your Girl? which followed in 1992, again earning her great success in the UK with a #6 album.

Sinéad’s singles and albums during the late 90s and early 00s did not repeat the commercial charting success of her earlier career, but this proved only to be temporary.

In 2014 she released her tenth studio album I’m Not Bossy, I’m The Boss, which saw her return to the media eye, and improved on the commercial performance of some of her previous albums.

In 2015 she told The Guardian that she could no longer identify with hit Nothing Compares 2 U, and would stop performing it live.

Over all, this album really shows off a range of Sinéad’s vocal, lyrically, musical and political styles. Her voice is rich, fragile, powerful, and heartbroken in all the right places.

Whilst pop might be filled with beats and dance routines, those fans won’t find any of that here – with only a few examples of up-beat songs to dance to.

The end result is a beautiful album, that at times feels awkwardly personal to listen to.. yet so compelling to do so. 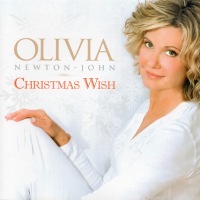 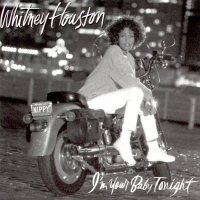